What is Angelman Syndrome

Angelman syndrome (AS) is a rare neuro-genetic disorder that occurs in one in 15,000 live births or 500,000 people worldwide. It is caused by a loss of function of the UBE3A gene in the 15th chromosome derived from the mother.

Angelman syndrome shares symptoms and characteristics with other disorders including autism, cerebral palsy and Prader-Willi syndrome. Due to the common characteristics, misdiagnosis occurs often.

People with Angelman syndrome have developmental problems that become noticeable by the age of 6 – 12 months. Other common signs and symptoms usually appear in early childhood like walking and balance disorders, gastrointestinal issues, seizures and little to no speech. Despite these symptoms, people with Angelman syndrome have an overall happy and excitable demeanor. An individual with AS will light up a room with their smile and laughter.

Find out more about Causes and Types of Angelman syndrome

A Cure for Angelman Syndrome

It is believed that there is a high chance of finding a cure for Angelman syndrome, due to the fact that scientists know what causes AS and have been able to reverse it in mouse models.

Watch Dr. Arthur Beaudet discuss a cure for AS:

Some symptoms of Angelman syndrome improve as individuals get older.  Sleep issues and seizures tend to become less severe or infrequent.  Because of mobility issues, obesity and scoliosis can develop in adolescence.

The life expectancy of people with Angelman syndrome is normal.  Angelman syndrome itself does not cause death. However, there can be severe complications due to some of the symptoms of the syndrome, such as seizures and aspiration pneumonia.  There is also the possibility of accidents due to walking and balance issues and attraction to water that can cause severe injury.

Individuals with AS will require life-long care, but can live long, happy lives.

Find out more about the Natural History Study that is building a better understanding of AS through a lifetime. 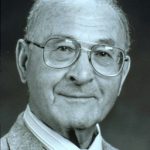 Then, while vacationing in Italy, Dr. Angelman observed an oil painting called… A Boy with a Puppet by the renaissance artist Giovanni Francesco Caroto at the Castelvecchio museum in Verona. Reminded of the children, Dr. Angelman published a paper in 1965 that described what he called “puppet children”.

It wasn’t until 1982, when Dr. Charles Williams and Dr. Jaime Frias of the department of Pediatrics, Division of Genetics, University of Florida College of Medicine, Gainesville submitted a paper to the American Journal of Medical Genetics. The paper reported studies of six patients and compared their data to those from previous reports. It sighted – severe developmental delay, “puppet-like” gait, craniofacial abnormalities, and frequent episodes of laughter. It became clear the syndrome was more common than previously thought. They proposed the name of this disorder be changed to Angelman Syndrome.

In 1986, Dr. Williams started the Angelman Research Group (ARG) for facilitating research and education of Angelman syndrome.  A few years later, in 1990, the ARG became the Angelman Syndrome Foundation. See more about the history of the ASF.